Abingdon Health is pleased to announce we have raised over £12,000 for multiple charities in 2016. Throughout the year we have taken part in some weird and wonderful challenges in aid of Myeloma UK, Sands, the stillbirth and neo-natal death charity and Birmingham St Mary’s Hospice. 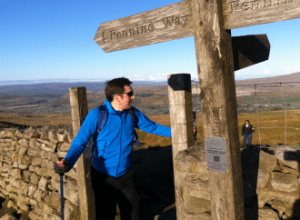 One of the first big challenges was to take on the Yorkshire 3 Peaks challenge. On the 17th April team members from our York-based facility were proud to complete the 23.5 miles course which included ascending and descending Pen-y-Ghent, Whernside and Ingleborough.

In May, and probably the biggest challenge of the year, members of the Abingdon Health team formed part of the 125-strong group of riders who completed Myeloma UK’s 500km bike ride from London to Paris. 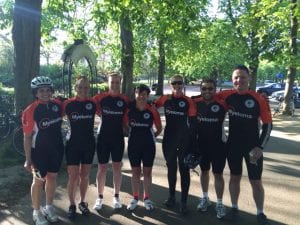 Setting off from the Royal Observatory in London (5th May 2016) and passing through the English and French countryside the ride culminated in a ride down the Champs-Elysees in Paris.

“We were delighted to support Myeloma UK. It was a truly humbling experience riding alongside myeloma patients and their family and friends. Cycling alongside my 125 ride-colleagues past the Champs-Elysees will be an experience I’ll never forget.”

Probably one of the most extreme challenges was Tough Mudder, a 12-miles course with 28 obstacles, some of which were called Kiss of Mud and Electroshock Therapy. Anyone who has not heard about Tough Mudder should visit our fundraising images page to see some of the carnage!

A special congratulation has to go to Abbas Din. Not only did he complete the ice bath obstacle, which involves ducking under a barrier in icy water – he can’t swim! He picked up an injury 2 miles in and managed to complete the course.

I can see a rainbow 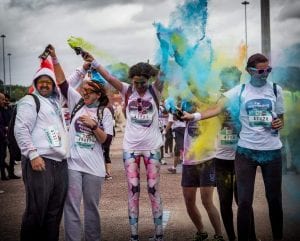 Our Birmingham-based colleagues completed the happiest event of the year, The Colour Run in Birmingham. Participant’s completed the 5k run whilst being covered head-to-toe in the colours of the rainbow. The pictures of this event are great!

To see details of how much money was raised at each event, please visit our Charity Partners webpage.

Abingdon Health is pleased to announce we have raised over £12,000 for multiple charities in 2016. Throughout the year we have taken part...