Phytophthora spp. literally translates as the ‘Plant destroyer’. But, is there a new plant pathogen out there trying to take this title: Xylella fastidiosa?

In 2018, Xylella fastidiosa hit the headlines as it devastated miles of olive groves in Italy and prompted a significant and concerted effort to deal with the threat of Xylella.

The threat level in the areas surrounding the immediate outbreak is high, as Xylella can spread via insect vectors and human activities through trade and a lack of robust bio-security measures. So, it is understandable why countries such as the United Kingdom (UK), where Xylella fastidiosa is not yet present, are concerned that the disease may impact their economies.

Why does Xylella fastidiosa pose such a problem?

A big issue is that Xylella‘s symptoms; leaf scorch, defoliation, chlorosis, withering and desiccation of branches, and dwarfing, can mirror symptoms created as a result of biotic or abiotic causes. So, complacency i.e. not taking all changes in a plant’s appearance during the growing-cycle seriously, and shrugging them off as nothing to worry about, could turn a small problem into a big problem. 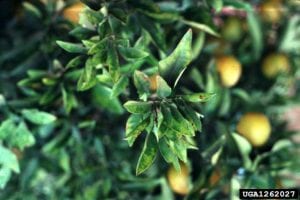 Even the most diligent of growers can fall foul to this bacterial plant pathogen because the pathogen can spread via insect vectors, which left unmanaged could aid the spread of the disease, in all directions, quickly. However, even with a management strategy, Xylella can raise its ugly head!

Horticulture Week reported ‘the damage caused by the spread of Xylella fastidiosa has risen to €1.2 billion’. This is a large amount of money to lose as a result of a plant pathogen that should be monitored very closely.  An example of this significant financial impact: in Italy back in 2016 thousands of olive plants were felled after an outbreak. Destroying commercial trees and plants is a massive concern for any grower, but more so for an olive farmer because the plants take many years to mature – so, the impact is not just immediate, it’s long lasting.

What is being done to tackle Xylella?

It was quoted on GOV.UK in August 2018: ‘Xylella has not ‘yet’ been found in the UK, but it has recently affected olive trees in Italy, and a range of trees and plants in areas of Spain and France. Plants in North and South America are being damaged by the disease.’ This pathogen is slowly moving and is not isolated to one area, and poses a global threat.

Such is the real and significant threat of Xylella fastidiosa, it has prompted the UK to establish a Xylella pathogen consortium which aims to build resilience against the bacterial plant pathogen within the UK.

Xylella fastidiosa is a regulated quarantine organism in the European Union (EU), and there are certain activities taking place to prevent the spread and introduction of the pathogen [from outside the EU]. A summary is below, but full details can be found at https://ec.europa.eu/food/plant/plant_health_biosecurity/legislation/emergency_measures/xylella-fastidiosa_en

There are a number of plant species that are susceptible to Xylella fastidiosa and the movements and trade of these plants are monitored closely. There are a few host plants listed below but a full list can be found here: https://gd.eppo.int/taxon/XYLEFA/hosts.

As you can see the list of susceptible plants above contains high-value crops! 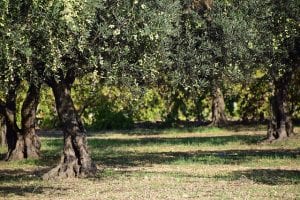 The EU recommends the following for tackling Xylella in the event of detection:

More information about Xylella fastidiosa can be found at:

As with the likes of Phytophthora spp., the most famous species being Phytophthora infestans (the causal pathogen that decimated potato crops during the Irish Potato Famine), it looks like Xylella fastidiosa is here to stay for some time and has the potential to affect a number of sectors; particularly the olive industry and therefore the olive industry’s consumers.

Abingdon Health is interested in speaking with organisations that are looking for a Xylella fastidiosa rapid diagnosis solution. If you are a researcher, an expert in this area or you work in plant health inspection, and have access to reagents specific to Xylella fastidiosa and think a tool for on-site detection would be beneficial for the containment of Xylella, please contact us on +44 (0) 1904 406082 or [email protected].

Octylphenol ethoxylates are now included in the Annex XIV of REACH. What does it mean for LFIAs that use OPEs?

The method of conjugation is a critical element in the development and manufacture of any lateral flow assay. The potential conjugation technologies have...

Lateral flow assays can be quantitative

Since their inception in the latter part of the 20th Century, lateral flow assays have evolved from being single target qualitative tests into...