Covering nearly 30 miles in about 10 ½ hours the intrepid explorers took on a section of the Cleveland Way along North Yorkshire’s stunning coastline.

Abbas Din, Malcolm Briggs, Ra Horgan and Steph Mabin set off from Staithes at 06:40 am on 11th March 2017, following a rendezvous in York at 05:00 am. Taking in some breath-taking scenery and walking along the cliff tops above the North Sea the quartet trudged their merry way through Captain Cook Country.

The team arrived at the edge of Scarborough around 5:30 pm after walking nearly 26.6 miles and running for 2 miles. Yes, running! 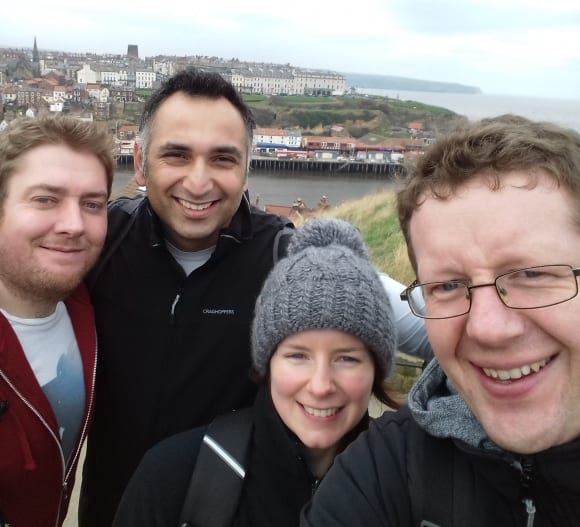 Click on this link to see more pictures from the walk.
https://www.abingdonhealth.com/fundraising-images/

In partnership with York Sands, Abingdon Health organised a football tournament in aid of the York Branch of Sands, Stillbirth and Neonatal Death...

Abingdon Health is delighted to announce the UK-RTC has reached design freeze for the AbC-19TM lateral flow test for IgG antibodies to the...

Since 2009 the International Myeloma Foundation (IMF) has dedicated the month of March to raising the awareness of Multiple Myeloma in the hope...